If the ending of the Fyffes sponsorship deal was unexpected from the clubs perspective, it begs the question why?

If the contract was due to expire at the end of this season, surely it would be prudent management to either negotiate and sign a new deal with Fyffes or if this was not forthcoming several months ago to open negotiations with new prospects.
Ezeikial posts personal opinions and observations from this supporters perspective.
Top

The only excuses that are forgivable are a) that they do have someone else lined up and it’s just not finalised or b) that Fyffes indicated they intended continuing and changed their minds late on.

Anything else is a bit of a dereliction of duty. If there isn’t a replacement lined up you’d wonder what Brannigan in particular is contributing on the business front.
Last edited by El Paso on Thu Dec 06, 2018 10:46 pm, edited 1 time in total.
Top

I blame the Koreans.
ill say this "this".
Top

Fyffes under the spotlight 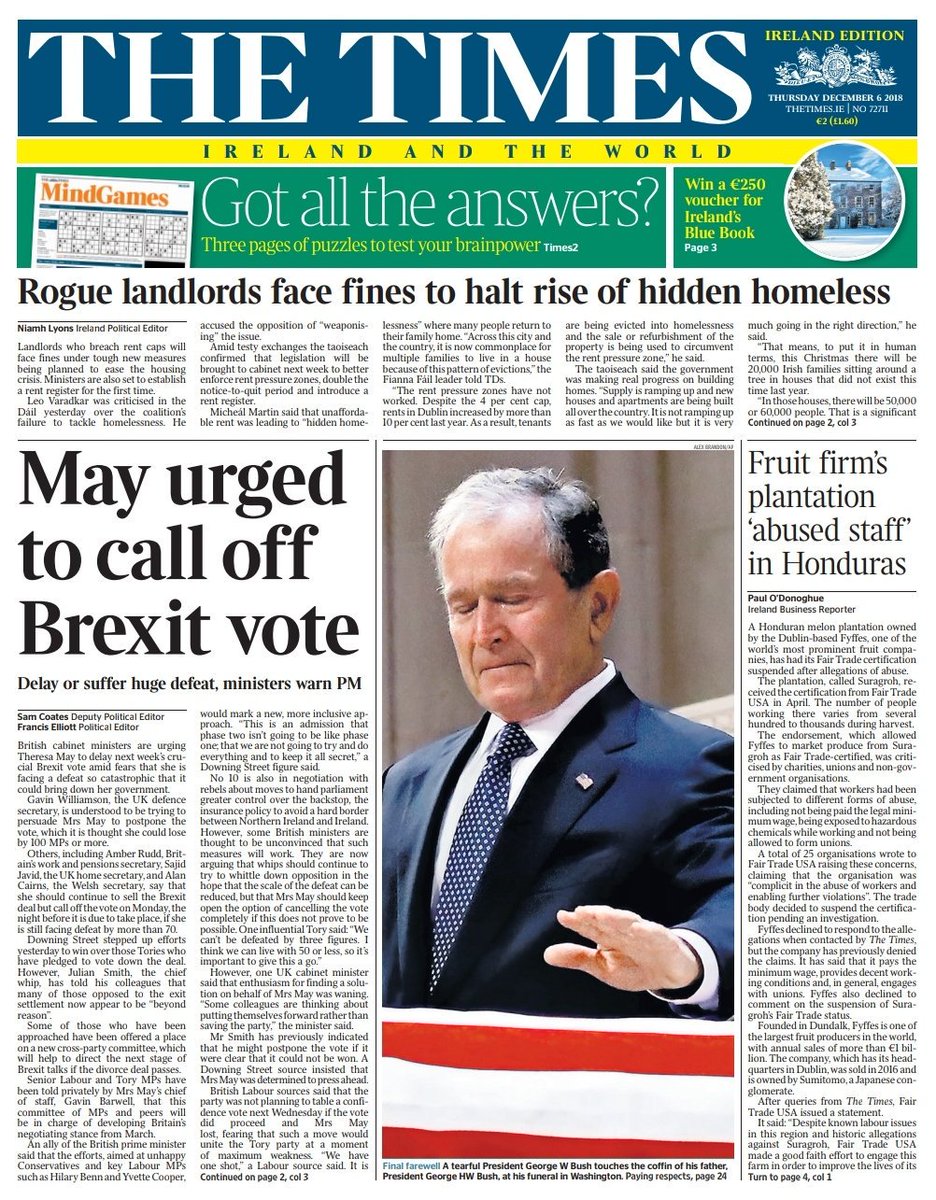 Maybe fyffes weren't overly happy with harp larger logo on a retro jersey that is likely to sell more than the home and away jerseys combined for the coming year.

Or maybe Mal tried to squeeze more value from the sponsorship deal, and was rebuffed. Part of his remit is likely to be maximising income. I don't think we will have too many issues sourcing a new sponsor, and quite possibly the next deal could be much more lucrative.
Top

Wasn’t there rumours last year that Fyffes we’re going to pull the plug but then signed up for another year. I definitely heard that last year but, as I say, may have just been a rumour.
Top

Yeah I heard it last year alright. I've heard that we possibly have Blackstone for next season.
Top

The fact is Fyffes were good for Dundalk FC and Dundalk FC were good for Fyffes. Advertising and product exposure is expensive and the club gave the company a Europe-wide platform. But time to move on and I would expect that finding a big name sponsor wouldn’t be that difficult. But thank you to Fyffes for their valuable support and the part they played in the clubs, to be continued, golden era..
20th May 2014. Dundalk 7 Drogheda United 0
Top

Good to see you back on the forum Stephen!

Fyffes have moved on with their sponsorhip of a single entity like Dundalk and look to be getting involved with more national health and fitness campaigns. It's more likely to be a strategic type change than any issues with Dundalk FC. It's not that their ability to fund sponsorship thats an issue but the amount of staff time dedicated to whatever they are sponsoring id imagine. This seems to be more and more where they are pushing toward, http://freddyfyffes.ie

If there was a company that I would love to see even more associated with DFC and be on the front of the jersey it is StatsSports. Local connections with a broadly known and growing international brand. It boils down to the figures of course but Blackstone Motors is a step back for the club on being associated with a brand in the sort of league as Fyffes rather than a regional sponsor. It does make a difference what's on the front of the jersey beyond the sponsorship income imo especially when playing in Europe. A top sponsor turns heads and grabs attention for a small club like Dundalk with the floating fan or those who know little of Irish Football abroad. Like 'if they are sponsored by PS4' eg they must be a decent outfit' ....just doesnt have the same ring as Clonakillty Sausages, TopOil, Scotchhall, Dundalk Cabs or the plethora of construction companies as LoI main shirt sponsors (betting companies and colleges now catching up) :p

It is where being owned and associated with Peak6 should in theory make it easier to get a top sponsor. We are not going to be associated with negative stuff like players not being paid eh for now anyway and subsequently have a sponsor associated with negative PR. Peak6 themselves are a global brand so should have contacts that might be interested especially with the potential for CL and EL groups stages next season (yes thats being super confident but isnt that the sell you make to a sponsor!). WuXi pharmaceuticals are currently building their European base here so hop on that when they might want to make a good impression locally (there would be at least plenty of nameplays for journalists).

I think Fyffes got plenty for their sponsorship of Dundalk FC as Dundalk did from Fyffes and that can been shown to potential sponsors, Id imagine that pitch is being made. Pitch at the level of a car manufacturer not a car dealership. Such continued progress off the pitch is as important as on the pitch
Top

That was a tough month boycotting bananas, glad they are back in my life again.
Mon the Town!
Top

mike wrote:Disappointing to see the partnership ending with Fyffes, but it was an excellent arrangement for both parties. They gave great support for 7 years but nothing lasts forever, I'm not sure on the actual figures but we shouldnt be stuck for a replacement.

This wont effect the like of polos and non jersey tops, as none of that had a sponsor but it will of course effect jersey sales and thats not good timing pre xmas.

Had to search to see what I posted when the news broke they were not renewing last month, glad it was ok !

This is great news and more so for the 2 year deal. It’s a very good turnaround and will offer a nice confidence boost for the new mgt team. It’s not just the €€€ the partnership was good full stop. They were and are excellent sponsors promoting the club.

Can we assume it will be the same Top as last year now ?
Top

Local banana importers, Fyffes have explained further the extent of their recently announced new sponsorship deal with Dundalk FC, in a statement released to the Dundalk Democrat today.


Citing what he termed ‘sideline speculation’ concerning the company’s recently-announced agreement to extend their sponsorship of Dundalk FC for another two seasons – in which it was reported that the sum involved was believed to be in the region of €60,000 per season – the company’s managing director, Gerry Cunningham quipped: ‘if only we could be so lucky.’


“The success that Dundalk FC has achieved over the years in which we have been their sponsor has been quite incredible,” Mr. Cunningham said. “While a budget of the size reported would be generous by any terms, the figure is noticeably below that which we have invested in the club until now and significantly below the amount we expect to invest under our new agreement.

“In reality, when all is taken into account, the level of our investment and sponsorship activation – which the club considers to be ‘a landmark deal’ – will be well into six figures per season over the next two years,” he added.


Praising the welcome that supporters, media and the community in the town and surrounding areas have given to the announcement, Mr. Cunningham went on to say that plans to develop their sponsorship to the benefit of both Dundalk FC and Fyffes are “advancing.”


“Very soon, supporters will begin to experience the various measures we will undertake as part of our sponsorship commitment which, when taken in the round, will deliver mutual benefit to the club and to ourselves,” he said.


The continued partnership, which was copper-fastened during the Christmas break, will see the Fyffes name and logo remain on the front of the team's jerseys in both domestic and European competitions, whilst also maintaining a strong presence at Oriel Park.


In addition, a significant development will see Fyffes and Dundalk FC work closely on a number of community initiatives and give joint support to charitable projects, details of which will be announced during the course of the forthcoming season.

That sounds great and I'm not complaining, but it seems extraordinarily high doesn't it? Unless we're in the CL groups how are Fyffes gonna get anything like 100k worth of exposure from Dundalk FC? I don't profess to be an expert in the area, and maybe they have a multi-million euro advertising/promotion budget but it sounds like an immense sum to be putting into any League of Ireland club
Top

seand wrote:
That sounds great and I'm not complaining, but it seems extraordinarily high doesn't it? Unless we're in the CL groups how are Fyffes gonna get anything like 100k worth of exposure from Dundalk FC? I don't profess to be an expert in the area, and maybe they have a multi-million euro advertising/promotion budget but it sounds like an immense sum to be putting into any League of Ireland club


That was my initial reaction too, although I found it difficult to interpret the numbers based on what was said in the article. The best I can make out is that Gerry Cunningham has said it is more than €60,000 per year to the club and that the total costs to Fyffes are over €100,000 when other costs are considered - this presumably means management time along with other costs such as promotional videos etc
Ezeikial posts personal opinions and observations from this supporters perspective.
Top
Post Reply
50 posts