Got any suggestions on how to improve Oriel Web or this chat facility? All feedback welcomed here!

I have started new threads and replied to posts here on OW only too see them taken down without a reason.Now i have no problem that if i post a thread that is full off rubbish or offensive, then it should be removed,taken down or whatever.
i posted a thread on the Bohs match last month ok,that thread was seen by 200 people and there was people that had replied on it,BANG,it was removed.I also have had posts that were taken down with no reason given.Now lets play fair,this is a free talking forum or it is not?? Duffman,i have sent you many a question about this problem but you havent replied.If you see, as a mod, posts/threads that are ott then take them off but tell the person posting the reason u are removing it.Works on other sites.
And that is where we leave it. 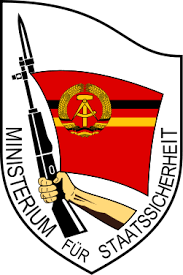 I have been in contact via PM with duffman over the last few days.
He told me that he removed posts of mine that were abusive and in another one for "back seat modding".All very fair and within the forum rules(he informed me at the time why he was removing these posts and warned me,and i apoligised for said misdemeanours)
This is not my complaint though.

BUT I have had loads of other non-abusive posts removed without any reason and have also had a thread removed.Most of The posts were just pictures(having a laugh like you do on the 'net like) along with some others.I started a thread on one of the recent bohs matches that was removed for no reason.Duffman informs me now that it was abusive even though all that the op contained was the betting for the match

I was not informed at the time why any posts or that thread were removed( as per forum charter).
I was only informed of this(albeit with a duff excuse

) when i pressurised duffman for an answer by starting this thread and by sending him several PM posts. Other posters sent me pm's informing me that they also had "legitimate"posts removed.(thanks guys/gals)

If the mod is going to remove posts/threads then he should contact you explaining and giving reasons for there removal and not just remove them on his own accord. Mod the forum properly or hand the baton on to someone who can.

Anyway when all is said and done, i still believe that this is an excellent forum.